Have you considered expanding your business’s community involvement to include efforts to help reduce recidivism in your local area? You’d be hard-pressed to find a better opportunity to really make a difference.

The numbers are staggering.

Defined as the tendency to repeat criminal behavior patterns, recidivism is a big problem in the United States, where nearly 50 percent of released prisoners are arrested again within three years.

These numbers are certainly not easy to swallow. But, as a business leader or HR manager, you have an incredible opportunity to expand your influence and help reduce recidivism in your area.

And when you do, everybody wins – your organization, the local community and society as a whole.

There are many far-reaching benefits that come from reduced recidivism.

On a human level, when you strip away outside factors and circumstances, there may not be a whole lot of differences between you and your employees, and those serving time in prison.

Successful nonprofit or public recidivism reduction organizations like the aforementioned PEP allow people to volunteer and go into prisons to get to know inmates. They utilize activities, such as icebreaker games, that level the playing field and show the similarities we all share as humans.

Questions like these create the narrative that there’s often a thin line between being on the inside of those cell bars, and being on the outside of them.

It’s also possible that, if that vehicle had been stopped by law enforcement, you may have been found guilty by association and ended up behind bars yourself.

Helping to change the misconception that there’s a massive gap in righteousness between those on the outside and those who’ve been convicted of a crime is an important step in creating a world where ex-offenders are valued just as much as non-offenders.

A higher standard of servant leadership

Easily, the greatest positive that comes from helping reduce recidivism is the fact that it helps your community and those in it.

Participating in a program like the one described above can transform the way your community views ex-offenders, as well as the way it views your organization. When you do your part to help former inmates become successful, contributing members of society, you raise the bar for other businesses as well.

And when other businesses in the community become motivated to get involved as a result of your company’s example of servant leadership, it has a cumulative effect that benefits everyone – the transitioning inmates, local businesses and the customers you serve.

A stronger local community and economy

Building on the example above, helping former inmates is a benevolent, grassroots way to strengthen your community and the local economy.

One of the greatest struggles faced by inmates upon their release from prison is finding gainful employment. Another is potentially dealing with depression and other mental health issues that may result from their struggles.

Although the backdrop isn’t the same, there are many similarities in the transitions for military veterans coming home from combat and ex-offenders going from prison back into their community.

Consider the example of a military vet who’s been home from active duty for years but still sidesteps debris in the road. It’s as if he’s still avoiding IEDs (improvised explosive devices) in a war zone because it became so engrained in him during his tour.

Likewise, a former prisoner may react to certain actions by others in an unusual way, based on their personal experiences while incarcerated. While the context is different, veterans and ex-offenders both struggle assimilating into communities at high rates.

If we as a society do our part to change the narrative around ex-offenders and understand what they’ve been through, we give them the best chance to succeed.

By trying to envision what it’d be like getting out of prison and looking for that second chance, all while dealing with any traumatic experiences that possibly occurred on the inside, we can build empathy into the fabric of our communities.

And when that happens, we help open doors for former inmates that may otherwise remain closed. This brings new opportunities that have the power to positively impact ex-offenders, their families, their employers and the entire local area through reduced unemployment rates and a greater sense of citizenship.

Second chances that can change lives

Helping people get second chances is at the heart of efforts to reduce recidivism. Done right, it can benefit the community and your organization simultaneously. But remember, you should always make sure to conduct background checks.

Although a criminal record shouldn’t automatically be a disqualifier for employment, it’s smart to make sure the job you’re considering an ex-offender for is a good fit.

For example, hiring a former inmate who was convicted on charges relating to theft for an accountant role is obviously not a good idea. But, could a reformed thief be hired on as a janitor or administrative assistant? Most likely, yes.

And who knows? Giving deserving candidates you’ve vetted a fresh start could even lead you to hire your company’s next superstar employee.

Opportunity to attract job candidates who share your company’s values

When you lead by example, people take notice. Your efforts to serve and support others in the community will earn you the kind of reputation that attracts job candidates who share your passion for community involvement.

You’ll become a team of trailblazers, working together to shed light on the many ways that helping former inmates successfully transition into life on the outside benefits us all.

How can your business help reduce recidivism?

Now that we’ve addressed the benefits of getting involved in efforts to reduce recidivism, it’s time to explore how your business can help.

One of the best ways for your business to contribute is to join forces with an organization that helps inmates transition back into society.

There are a number of nonprofit and public service organizations that work tirelessly to reduce recidivism and equip ex-offenders for success once they’re released.

One of the top organizations in the nation is the previously mentioned PEP, which strives to offer fresh starts for reformed inmates who “thrive on challenge and accountability.”

PEP helps inmates while they’re still in prison to create a business plan, which actually doubles as a transition point.

It’s this vision that will guide them when they get out. Many inmates don’t have a plan for when they get out, which can lead to returning home to the old friends and habits that led to them being incarcerated in the first place.

As a business leader, you can get involved with organizations such as PEP in many different ways. You could:

If you’re able to justify it financially, consider developing a community involvement program that provides employees with a certain amount of paid time off to volunteer with local nonprofits or charities. This would allow them to dedicate a certain number of their work hours to this or other worthy programs each month or quarter.

It doesn’t have to be a lot – a couple of hours a month can reap big benefits for you, your employees and a local charity. Very likely, you’ll get the productivity back many times over.

Want more insight on building an effective HR strategy that fosters a workforce committed to your business and the community? Download our free e-book, How to develop a top-notch workforce that will accelerate your business. 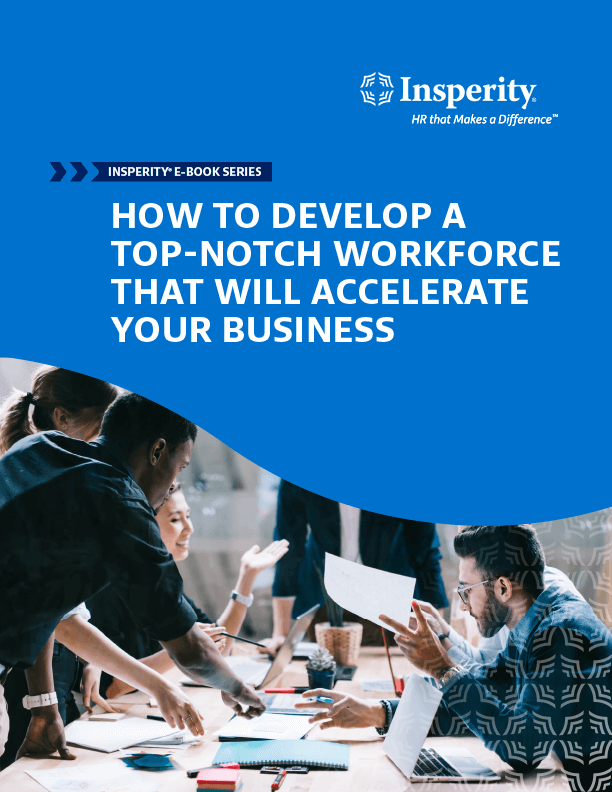