Every great leader knows what it’s like to make a bad decision.

And right now, no one knows this feeling more than Seattle Seahawks head coach, Pete Carroll.

Carroll has been a magnet for criticism after coming just a yard short of achieving back-to-back Super Bowl wins. The dream of joining the ranks achieved by only seven other teams in NFL history quickly became a nightmare after the Seahawks elected to pass the ball in favor of running. This led to an interception thrown by quarterback Russell Wilson, and ultimately, a gut-wrenching 28-24 defeat to the New England Patriots.

Despite his controversial call, Carroll isn’t backtracking on his decision. He’s not keeping his head down.

He’s doing what great leaders do.

In fact, he’s used his failure to paint a picture of success that every leader should follow. And by following his model, you too can fail your way to success.

The first thing Carroll did was what every leader should do in his situation: take responsibility.

“I told those guys, ‘That’s my fault, totally,’ ” Carroll said to NBC.

Carroll didn’t throw the interception. Carroll’s offensive coordinator may have actually called the play. But Carroll didn’t blame anyone.

When you find yourself facing backlash over a key decision, don’t blame others. Be frank about what happened. Explain why decisions were made with the information at hand and what caused the failure.

Your employees may not always agree with you. But they should still respect your decisions.

When a project misses the mark or a large goal is not achieved, be open and sincere about your decisions. Be honest about what happened. Explain why those decisions were made with the information you had and what attributed to the failure.

Take the time to explain what you have personally learned from the experience. Your employees will appreciate your humility. They’ll see you as more of a member of the team and less like an unapproachable “boss”.

Good leaders keep their team motivated by making certain everyone is focused on the goal.

In every success story, mistakes were made to get to that point.

Your path to success will be based on your ability to learn what kept you from achieving your goals the first time. It’s on you to quickly adjust to the new information and implement changes.

Identify what went wrong and right. Find ways to capitalize on those things and build on lessons learned.

For Carroll, much of his success can be attributed to risk-taking.

One reason the Seahawks were able to sustain a close score in the game is because of gutsy calls and risks taken by Carroll.

Not many people knew who Chris Mathews was. The Seahawks receiver hadn’t caught a single pass in his entire NFL career. But Carroll took a chance on Mathews, and it paid off big. Mathews emerged as the team’s leading receiver in an impressive debut.

In his final call of the Super Bowl, Carroll would have been touted a genius had the play ended in a touchdown. He took a risk and it didn’t work out. Every great leader takes risks.

When making big decisions, great leaders should consider the impact if their risks don’t pan out. Ask yourself these questions:

It’s up to you to weigh these factors appropriately to the dynamics of your business and where you are in your juncture.

Following the Super Bowl, Carroll became the hot topic of discussion throughout the media. But instead of going on an apology tour, Carroll has stayed focused and is planning for next season.

As a leader, it’s important to tune out objective opinions that have no influence on your goals. At the end of the day, the opinions of your employees and clients are what matters.

It’s easy to make mistakes when it comes to everyday HR tasks. But are they slowing down your business? Find out how effective your HR practices are with our free guide to the 7 Most Frequent HR Mistakes and How to Avoid Them, and get more strategies for correcting these common errors. 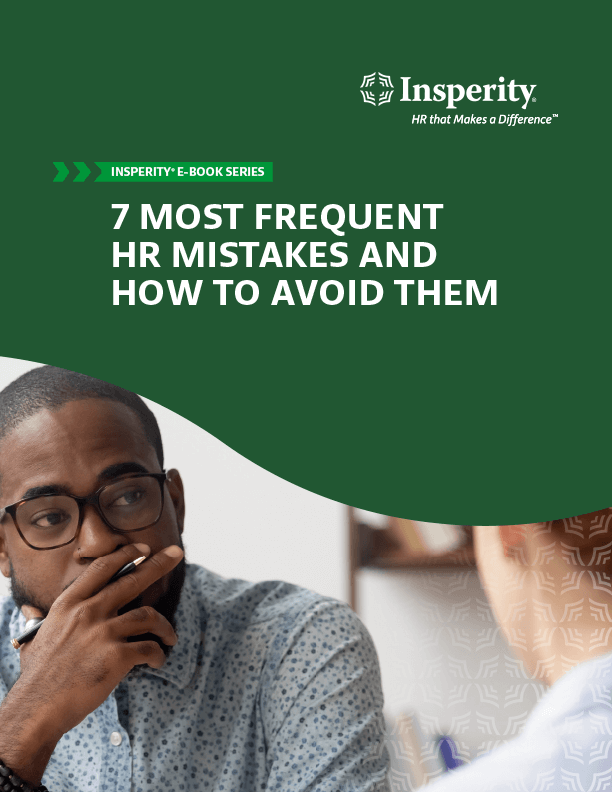